Two years ago today Leonard Cohen passed away. I was devastated. I’d been a fan for ages and his melodies, lyrics and poems gave – and still give – comfort in trying times. Some lines served as powerful mantras, for example the line “dance me to the children, who are asking to be born” from the song “Dance me to the end of love”. It helped me at a time when conceiving a child seemed impossible as well as when it was accidental. Those lines helped me keep a level head and open mind. When I received the message that my grandmother had died, a line from “Boogie Street” instantly came to my mind: “It is in love that we are made, in love we disappear.” Leonard Cohen was a master of words and it is a great joy to read his newest book “The Flame” which was published this October. It contains lyrics, poem and notes from his notebooks. 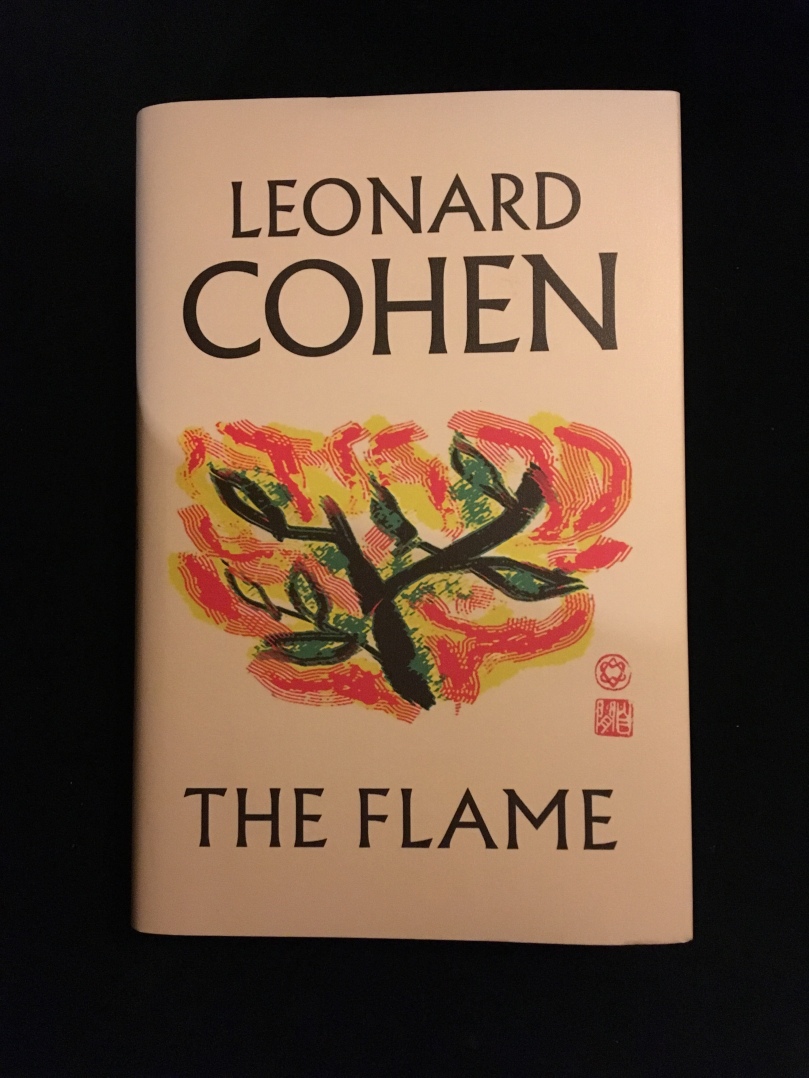 I have not yet read all of “The Flame”, I am savouring it slowly but from what I’ve read so far, “Listen to the hummingbird” is one of my favourite poems in it. Leonard recorded an early version which you can listen to on YouTube.

I am a member of two fabulous Facebook Groups dedicated to the life and work of Leonard. One is called I need a regular dose of Leonard Cohen (yes I do!) and the other is Hallelujah Memorial Event Leonard Cohen. The latter group holds a memorial today by – amongst other things – singing/listening to Hallelujah this evening in memory of Leonard. Now since this Blog pretends to be about books, I want to recommend a book dedicated to the song Hallelujah.

The book is a fabulous recount of the making of Hallelujah and how it became one of the most covered songs of all time. When I had finished reading it, I had a playlist of roughly 50 versions of Hallelujah, some truly inspiring, some bloody awful (I’m not going to name and shame as their beauty lies in the ears of the listener). Nothing beats listening to Leonard singing it, however. I leave you with a picture I took in Montréal about a month ago and will now put my Hallelujah playlist on. 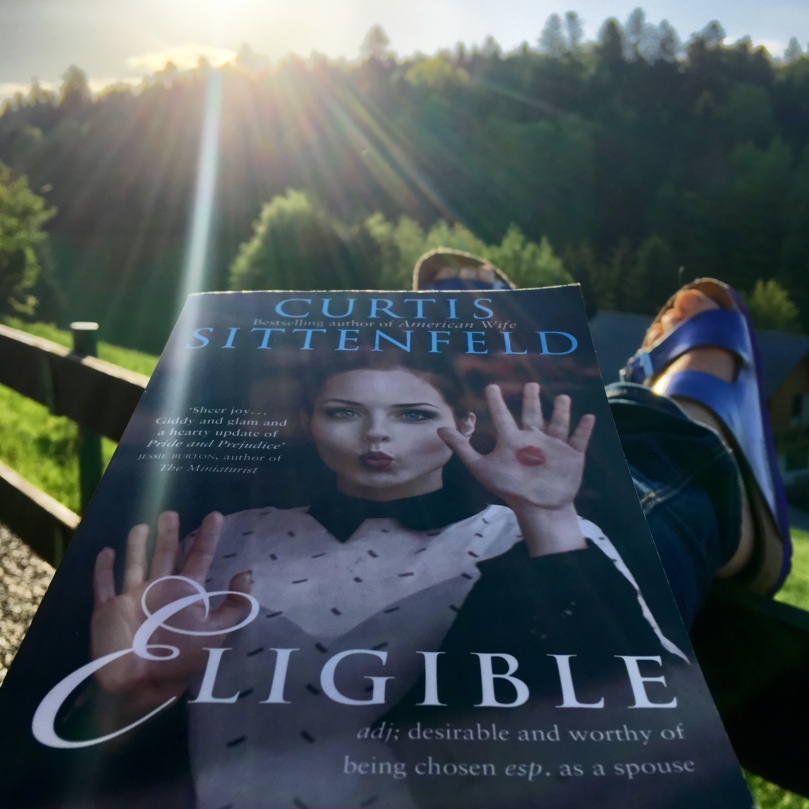 that you should not mess with literary perfection!

After all this blood shed and suspense of Brookmyre I needed some romantic relief. A trusted source is Jane Austen. Knightley, Darcy, Colonel Brandon. Sigh!

I love reading Emma and Pride & Prejudice and I can do so over and over again, just as my kid loves watching the same episode of PJ Masks over and over again. But as there are rewrites or “modern” versions of Jane Austen’s classics available, I thought I would give those a try.

I started off with Alexander McCall Smith’s Emma. I like his other work so I thought this would be a winner. But I ended up not liking it at all. Emma is not Emma, Knightley is absent most of the time and their ending up together more than flawed. Even though it is supposed to be an “updated” version, the language is very antiquated and does not match the modern set-up. Still, I finished reading it and here are my favourites quotes from McCall Smith’s Emma:

The “updated” version was clearly no match for Austen’s Emma, though.

As for Austen’s Pride & Prejudice, I was determined (dare I say prejudiced) not to like Curtis Sittenfeld’s Eligible. It is set (spoiler alert) in contemporary America (US of A, that is). Jane and Lizzy are pushing forty, and Bingley (lo and behold) calls himself not Charles but Chip (yikes) and is a doctor slash reality TV star having participated in a TV show called Eligible in which he was the eligible bachelor being able to choose a “bride” from an array of candidates (i.e. a TV-show like The Bachelor). There is lots of extra-marital sex, too but thank God not as elaborated in detail as in Fifty Shades of Grey. Not that I have read Fifty Shades of Grey… well, I might have, for literary research purposes…. Anyhow, in my mind, this whole set up was spelling disaster but actually I was wrong. The book is witty, true to Jane Austen’s characters and the bickering between Mr. and Mrs. Bennet very funny. Here are some quotes I particularly liked and that reflect the tone and feel of the book:

Both Emma and Eligible are praised on their covers with quotes saying they are updates to Jane Austen’s original stories. As far as I am concerned, Jane Austen does not require any updating. After all, she is not an iPhone or iWatch. But I have to admit I thoroughly enjoyed Sittenfeld’s witty and charming update on Pride & Prejudice.

I love crime fiction. As long as it’s not too gory that is. The last two crime novels I read were by Scottish writer Chris Brookmyre: Black Widow and Want You Gone.  Both are excellent and very clever. Similarly to the techie romance of Happiness for Humans, these Brookmyres novels could be described as techie crime novels.

Black Widow is about a surgeon and blogger whose husband dies in a road accident and she ends up as prime suspect. The story has more twists and turns than Lombard Street and a true WTF ending. I do not want to give anything away so I will not describe the plot any further but I urge you to read this book. It is fab, as acknowledged by being awared McIlvanny Prize 2016 Crime Novel of the Year. My favourite quotes from Black Widow are:

Want You Gone is about a young girl who is left to look after her younger sister when her mother is sent to prison. Things start to go wrong, when a stranger begins to blackmail her. If you want to learn about social engineering and cyber crime, this book will show you how it’s done. In Black Widow, the story took a number of very unexpected turn. In Want You Gone you will be wondering how the protagonists are going to get themsleves out of the mess that has been building up. My favourite quotes from Want You Gone are: 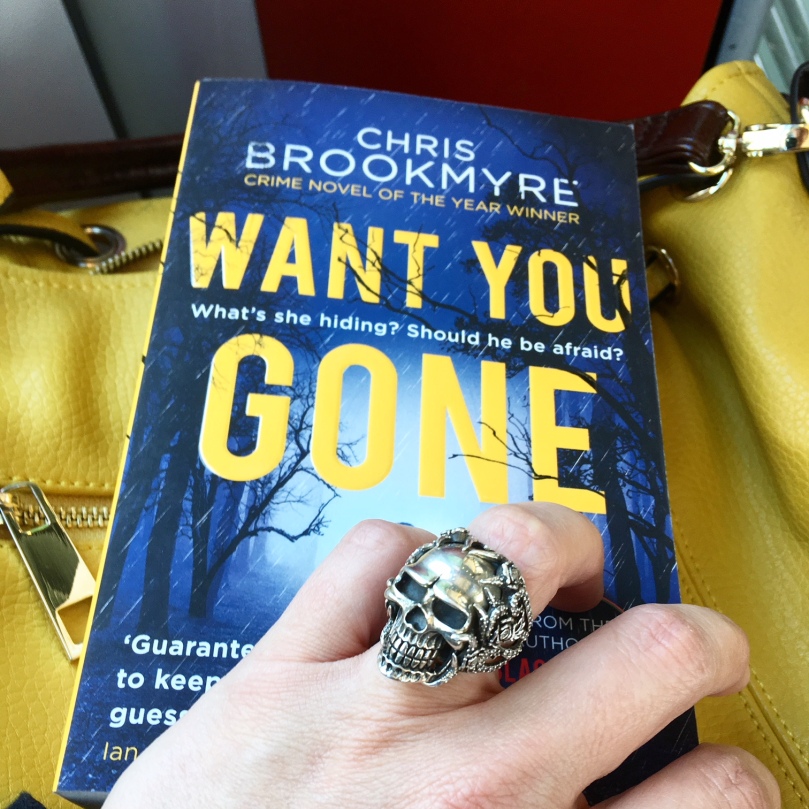 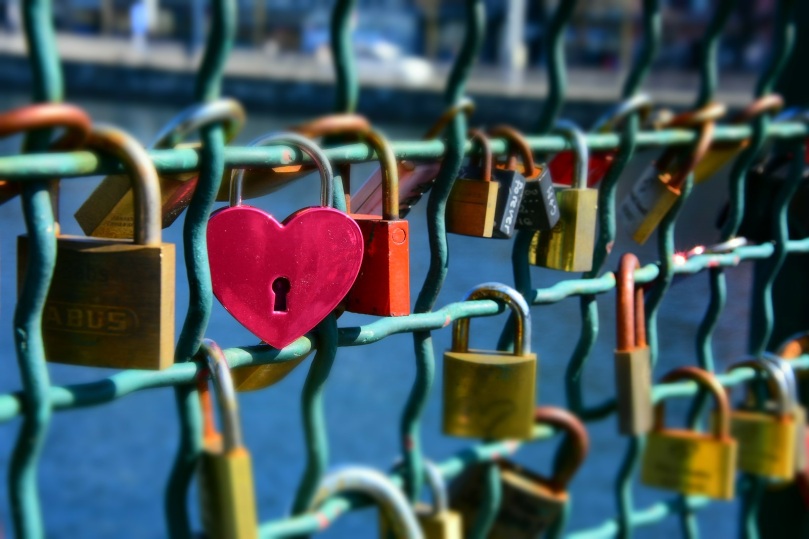 As I mentioned in my first post, I am an omnivorous reader. I do not stick to a specific genre but rather like to switch from crime to science fiction to romance and whatever else that has an interesting book cover and text. The book I finished yesterday is a “Techie”-Romance called “Happiness for Humans” by P.Z. Reizin. I don’t think I am giving too much away when I say that it has the typical plot for romantic fiction: (in this case) Girl meets boy – due to mean outside forces or misunderstandings there is trouble in paradise – chaos ensues – the couple reunite – happy end. What makes this book and plot stand out is an artificially intelligent machine called Aiden playing matchmaker. I really liked the language, sentence structures and play on words in Happiness for Humans.

Here are my favourite quotes from the book:

I have tried to re-invent my Blogger self last year with a blog about running, I failed. Turns out, running is something I enjoy while at it but not something I am passionate talking and writing about. I was not looking for a new blog project but stumbled upon it because I got angry with myself for having mislaid my little book of quotes. I have always been a bookworm and I have been keeping notes of quotes from my favourite books in notebooks for ages. The oldest notebook is about  25 years old and I looked for it last week because I only fragmentally remembered a quote from Italo Calvino’s “Il barone rampante” and wanted to reread it. The notebook remains missing and I thought I should maybe start going digital with my quotes for easier access. So here we are.

The name of the blog “The Omnivorous Reader” refers to an author I only discovered very recently thanks to binge watching the series “Elementary, a modern take on Sir Arthur Conan Doyle’s Sherlock Holmes stories. So after binge watching I indulged in some binge reading. The Complete Sherlock Holmes has 1169 pages and in one of the very final stories, The Adventure of the Lion’s Mane, Holmes describing himself as an omnivorous reader stuck in my mind. I love reading and this enjoyment covers almost all genres, so in that sense I am an omnivorous reader, too.

And for any other lovers of the Elementary or Sherlock TV-series I can highly recommend reading Conan Doyle. I was really surprised how “modern” Conan Doyle’s storytelling is, given that his works date back over a century (1881, A Study in Scarlet). It’s got everything the TV-series have – and I presumed added when bringing the stories to this day and age – drugs, martial arts, knowledge of tattoos… It seems the TV writers only had to exchange the horse-drawn coach with cars and telegrams with mobile phones.

But how did you know, Mr. Holmes?
I am an omnivorous reader with a strangely retentive memory for trifles.

Sir Arthur Conan Doyle, The Adventure of the Lion’s Mane in The Complete Sherlock Holmes